In the sign industry, there are some feedback from customers that the lighting effect is getting worse and the lighting is not as bright as before. In fact, we can also find many illuminating sign products in the streets will also share with this problem, especially the punching type, as it has a higher dependence on LED light sources. When it was just installed, the lighting effect was good. And both sides were satisfied. However, after using it for a period, the brightness of the floor glowing sign is significantly reduced, and the visual effect is not as good as before, but some customers are often helpless with this phenomenon. And it may not fully understood by some small and medium-sized sign manufacturers with insufficient experience. Their solution is usually replaces the light source, but the same problem will happen again.

So what is the cause of the color decay of the floor glowing sign? We should understand the core working principles of LED light sources. Let's review the knowledge about energy conservation and circuits in high school physics. 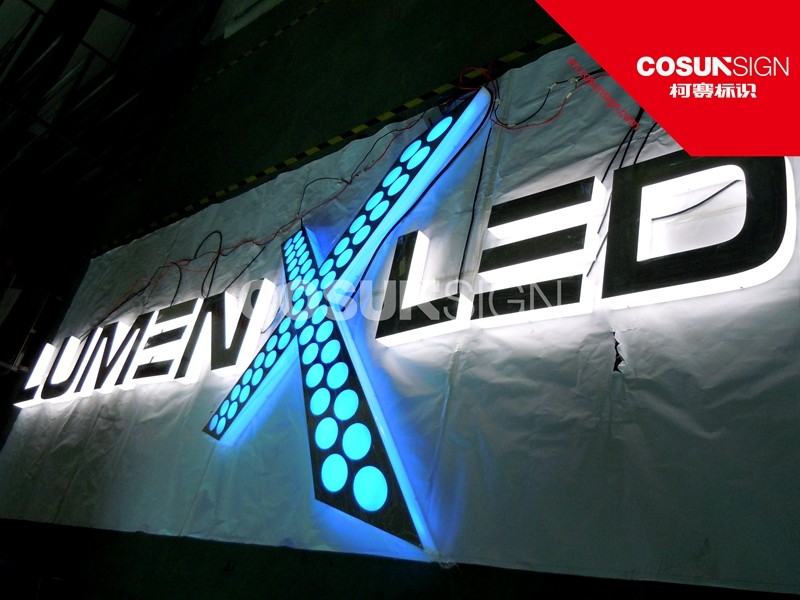 First of all, we need to understand the LED luminous efficiency problem, that is, the efficiency of converting electrical energy into light energy. The data may disappoint you. The conversion efficiency of mass production LEDs currently available on the market is basically less than 10%. For example, The rated power of a certain LED lamp bead is 1W, of which 0.9W is wasted by heat, only 0.1W is used for illumination. At present, the current level of technology has not found a way to effectively improve the energy conversion efficiency.

Secondly, regarding the rated voltage and current of the LED factory, according to the power of 0.1W of the most widely used LED lamp bead on the market, the rated current of the manufacturer is usually 350mA, the rated voltage is 3.1V, and the products of different manufacturers. It is slightly different, but it is also relatively simple when applied. Power matching can be performed according to the parameters provided by the manufacturer. In addition, it should be said that this rated current is the total current of the whole current. The actual LED module is actually composed of parallel circuits. Each circuit participating in the parallel circuit has a lamp bead, and each lamp bead has its own chip. With the current-sensitive component, which is the chip, the experiment has proved that the optimal current of the LED lamp bead chip is 20mA, that is, the 350mA of the module is not the current actually passed by a single chip, but the sum of the currents of multiple parallel circuits. How to match the number of lamp beads in the module, this is the LED manufacturer has been matched. For the rated working voltage of 3.1V, in fact, the mature power supply products are mostly 12V. To obtain the voltage of 3.1V, only need to increase the resistance to divide the voltage. 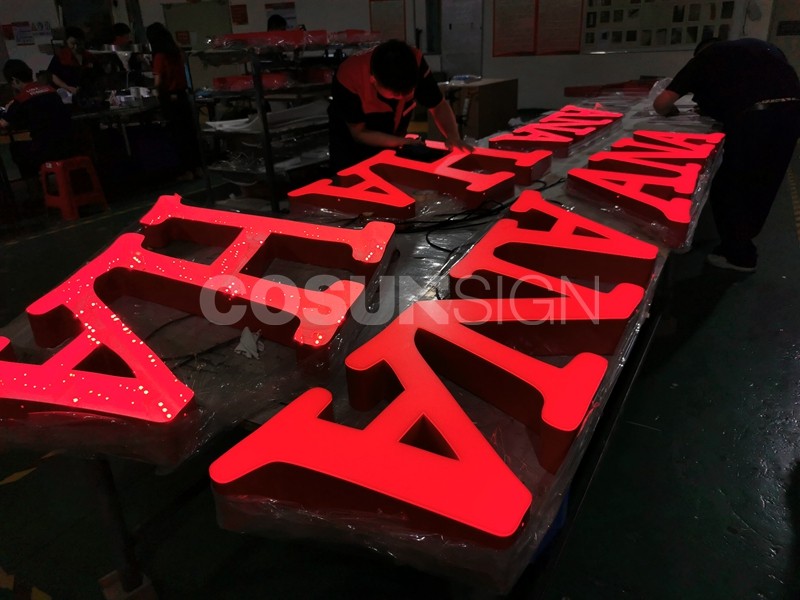 Through a detailed analysis on the color decay phenomenon of LED light source of floor glowing sign, we understand the LED luminous efficiency and current and voltage requirements. So, it is easier to analyze the phenomenon that the color of the LED light source is attenuated now. According to the feedback of the current practical application level, it is difficult to control the current and voltage of the circuit at the rated working state at the same time. In the past, the constant voltage control will cause additional color flicker problems, because the chip operation of the LED light source is determined according to the current magnitude. This is exactly the case, and now it is common to use a constant current to control the circuit.

From this point of view, the color decay phenomenon of the LED light source is mostly caused by the instability of the circuit. In practical applications, we cannot blindly pursue the brightness and ignore the rated data of the relevant component manufacturers on the use environment and conditions. For the different batches of products of the supplier, the output current value of the LED module is also tested as much as possible. If it is lower than the rated current, the brightness cannot be guaranteed. Conversely, if the actual output current value is higher than the rated current, it will make The color of the LED decays faster. Therefore, it is best to strictly match the power supply according to the data provided by the manufacturer. Although this does not absolutely control the attenuation of the LED color, after all, most of the electrical energy is used in the heating process, and the attenuation of the luminous effect is an inevitable process, but at the rated The speed of this attenuation can be greatly reduced under working conditions.